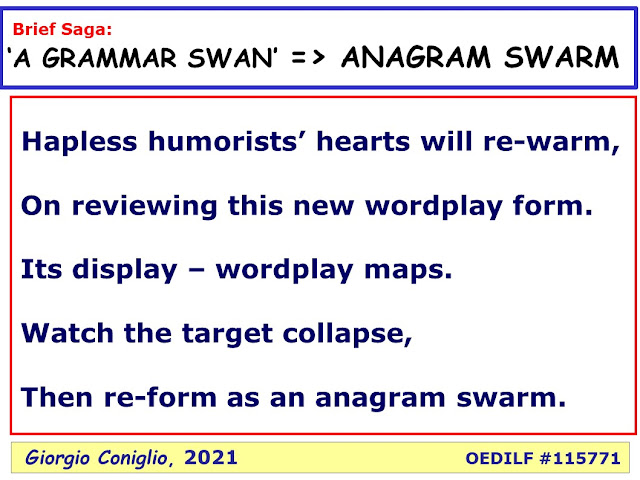 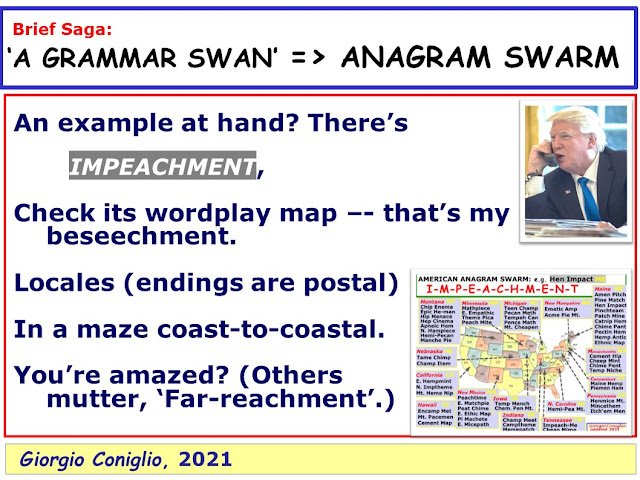 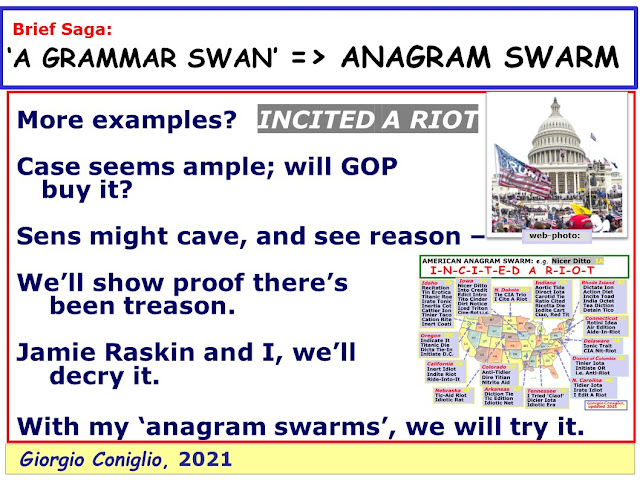 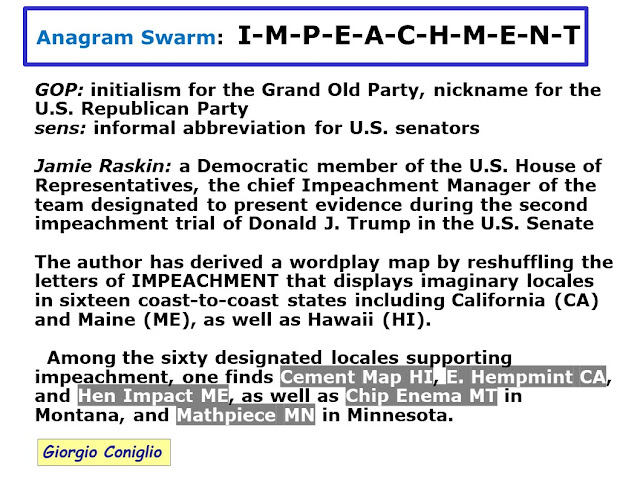 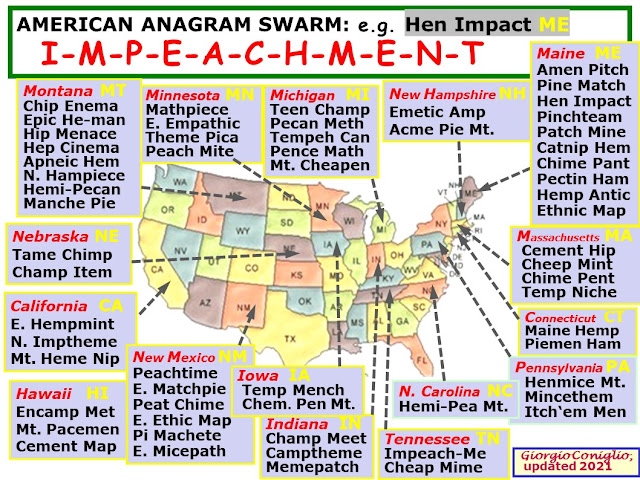 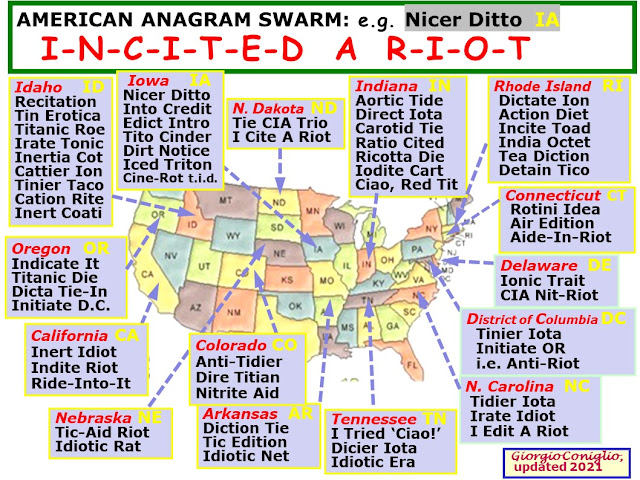 For the purpose of this blog, a 'brief saga' is defined as a poem, usually narrative, but occasionally expository, that tell its story in at least 15 lines. Most commonly, the format involves three stanzas in limerick form, constituting a single submission to the online humor site 'Omnificent English Dictionary in Limerick Form'. On the OEDILF site, rigorous standards for content and format are involved in a collaborative editing process that may take several weeks to over a year.
Generally, OEDILF has not been enormously welcoming of multi-verse submissions, but Giorgio Coniglio has persisted, and there are now over 70 of these multi-verse poems feature in his 'Author's Showcase'. The  OEDILF number for each accepted multiverse poem is shown here on the slide with its first verse. We have been blog-publishing these poetic adventures here monthly.
To access the next 'brief saga', advance to 'careers (pluralia tantum)'
To access the most recent previous 'brief saga', back up to 'echoic binomials (Eco-pairs)'
By Dr GH and Giorgio Coniglio Giorgio Coniglio