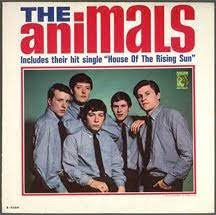 'Dr. JJ' enjoyed playing the electric guitar among other instruments. He frequently enlivened major family events by performing parody songs written for the occasion, using base songs from the golden oldies period. His favorite song vehicle was undoubtedly the folk-rock classic "The House of the Rising Sun" (1964) as recorded by the British band 'the Animals'. (A YouTube version is found HERE.)    The authors of this daily blog, Dr. G.H. and his registered pseudonym Giorgio, have been fans for a long time of "Jabberwocky", the iconic  nonsense-poem revealed and discussed in Lewis Carroll's "Through the Looking Glass" (1871). On our other blogs, you can find the poem "Mergerwocky", a poetic parody on Jabberwocky that we later realized could be sung to the tune of "The House of the Rising Sun". Your current authors do acknowledge that singing a version of "Jabberwocky" itself has been achieved by the British folk-rock singer-composer Donovan, a pastiche that is recorded in his 1971 album of childrens' songs "HMS Donovan". (Click HERE for the YouTube version). 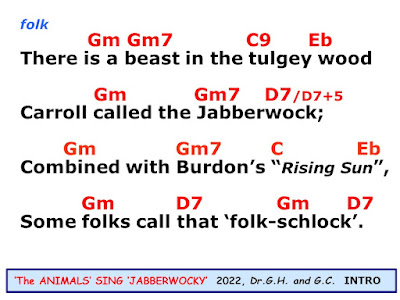 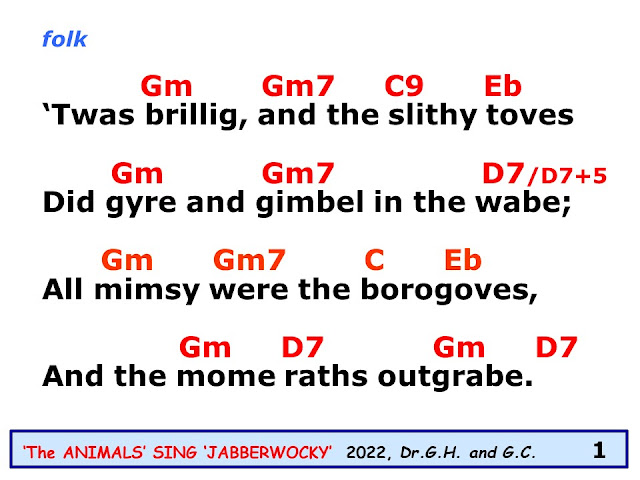 To review the rest of the lyrics and chord-charts, follow this link to our song-blog "Silly Songs and Satire" by clicking HERE.

And for historic interest, here is a slide used as part of an open-mike at a ukulele club when the concept of this pastiche was first entertained. 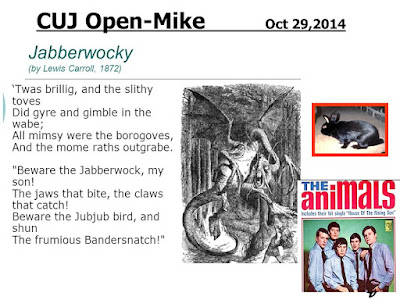