FEB 5, a brief saga: 'a gnat and a nit' (attribution to Ogden Nash)

verse in honour of 'Dr. JJ', whose love of life included comedy, satire  and the music of poetry ...
For the purpose of this blog, a 'brief saga' is defined as a poem, usually narrative, but occasionally expository, that tell its story in at least 15 lines. Most commonly, the format involves three stanzas in limerick form, constituting a single submission to the online humor site 'Omnificent English Dictionary in Limerick Form'. On the OEDILF site, rigorous standards for content and format proceed in a collaborative editing process that may take several weeks to over a year.
Generally, OEDILF has not been enormously welcoming of multi-verse submissions, but Giorgio Coniglio has persisted, and the OEDILF number for each accepted multiverse poem is shown here on the slide with its first verse. 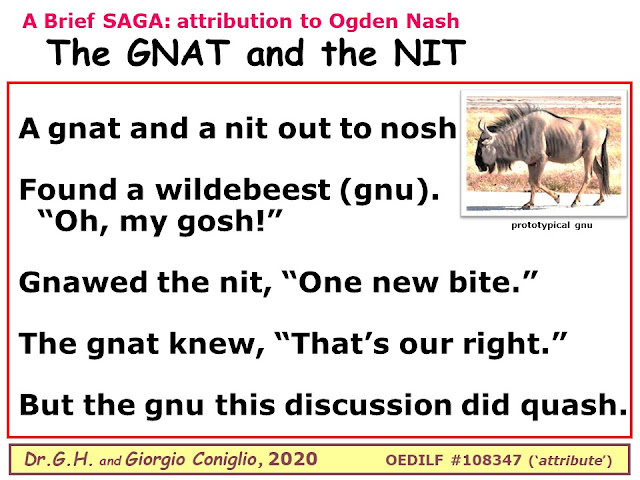 The gnu photo illustrating this verse was kindly provided to the editors by Barry Weinstock. But you already knew that, if you had read the prior blogpost about 'gnu dung'. 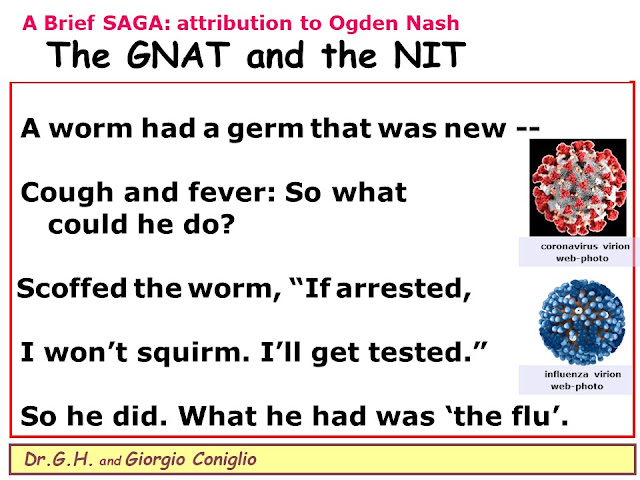 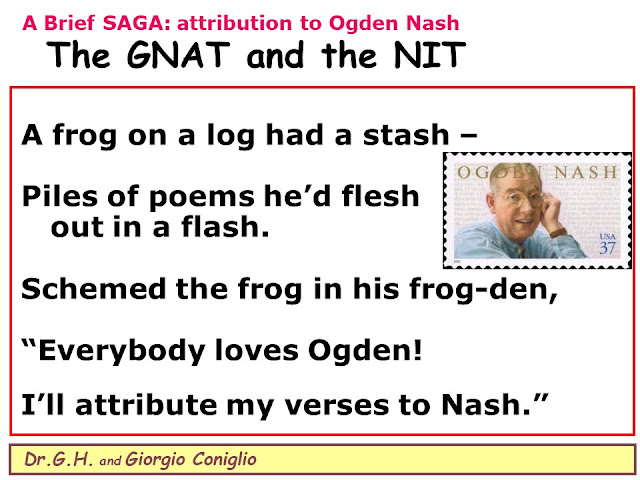 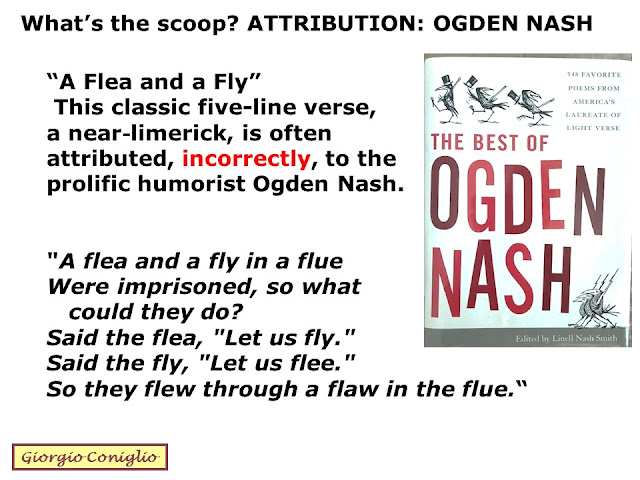 A version of this poem by Giorgio can also be found on our full-service blog "Edifying Nonsense". There you can find appended some examples of the wonderful limericks that were indisputably written by Ogden Nash. CLICK to proceed to that version if you are interested.

To access the next brief saga in this series, proceed to 'bequest'
To access the most recent previous 'brief saga', back up to 'drug development'.